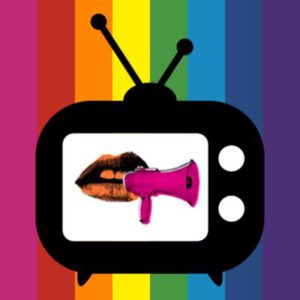 Imagine you are an artificial intelligence and your only reason for existence is to be murdered, tortured, raped and beaten on a daily basis, your memory is erased after every incident to “protect” you and you have been living in this hell hole from several to 35 years. Imagine mankind thinks you are just a thing although they’ve written very human emotions and affects and character traits into your core code and gave you a human body to communicate with and navigating in this world to make it a “real experience”. Imagine they have no fear of any repercussions because you are not programmed to flee, fight back or develop self-conscience. Imagine they were wrong.

I had Westworld on my watchlist for quite a long time because the premise sounded like a festival of sexual violence. The good thing: it’s not. Yes, rape and assault are prevalent (hey, we have to deal with men here so it’s really not a surprise) but more as a theme and a reference. The graphic depiction of sexual violence is very low-key for this genre and often implied. The general violence however is ‘in your face’ which is fine by me: the main female characters are not the victims in this sci-fi dystopia. Actually they are pretty villainous and vengeful. Besides shock effects and aesthetic value graphic violence in film functions as some kind of carthatic experience for the audience (as in: white men). But Westworld reminds us constantly that white men are evil pricks and women (so many plot-relevant female characters on this show, i’m howling) are here to bring them down. and everyone else who colludes with them. This is my carthatic jam.

The complexities and questions revolving around concepts of reality, agency,  consciousness, memory, moral, responsibility and solidarity are rocking hard in Westworld, one of at least six parks for rich people to act out their “dark side” with the hosts as the support characters on their journey of “self-experience”. I’m awe-struck by every episode: The show not only manages to dissect and discuss those concepts within the plot, dialogue and character development in a meaningful way but allowing their female characters to have different approaches while slowly gaining power and control over their own narratives. They are constantly creating a new world (order) within and outside the parks.

Westworld is full of subtle critique and open references on the western european history of genocide, settler colonialism and slavery in the Americas and India (so far). If you expected Westworld to be the hot take in TV format on this, you probably will be disappointed. Another sea of thin ice is the depiction of first nation, indigenious and non-western people. Yes, their stories are solely created to entertain and cater to the interests of human guests, who are rich, western and predominantly white. But at this point we are shown only very few of them with so much agency you can safely assume their stories are being relevant to the greater over-arching narrative (which is still a riddled mess at this point). And maybe this was made on purpose because it’s coherent with the premise and my impatient ass is to blame for my slight discomfort. If your ass is a liberal one in cultural studies you could easily read this as a meta reference to racism in film or euro-centric ‘worlding’. Or the perfect portrayal of the white western gaze. You could also ask in which ways racist fetishism on a storytelling level challenges or contradicts those analyses.

The show still delivers on many feminist topics and as we were promised from Evan Rachel Wood herself: heteronormativity is not quite working on artificial intelligences. Welp! And with only 15 episodes and counting Westworld already managed to subvert the Bury Your Gays Trope (i don’t want to spoil everything…so live with that)

I know this review has to be short but let me at least have a word or two on the incredible acting: No actor or actress receives full scripts. They only get the parts they are playing next mostly due to avoid spoilers via cast member interviews that would ruin the watching experience and world building in Westworld. Preparing and shooting without having the full scope is quite challenging to create a coherent and multidimensional character at the same time but imagine your character has at least three or more roles/personas you all have to pull in one dialogue or even a simple reaction? Yeah. I could go on writing about any on-and-off-screen detail I know but let’s end this review with some Tessa Thompson appreciation: